The last stretch is underway.

In a few hours I shall travel over a thousand miles.

There will be few patterned fields or squares on the land ahead.

The land over which I flew.

After Denver, the mountains begin.

Tracks of ski complexes schuss and slither down the slopes.

Note the filled valley in the next photo.

What you see is a valley filled with millions of tons of what used to be a mountain.

There was molybdenum under the mountain. Good for missile and aircraft parts, the nuclear power industry, and as a catalyst in refining processes. Number one use is as a metal for mixing with iron, to make molybdenum steel.

Good for business, but for the mountain, molybdenum was an unalloyed disaster. 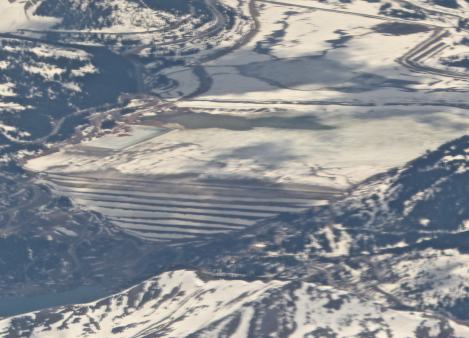 Aspen. Mecca for the rich and famous, and those who serve them.

Then the land changes.

What water there is, cuts canyons. 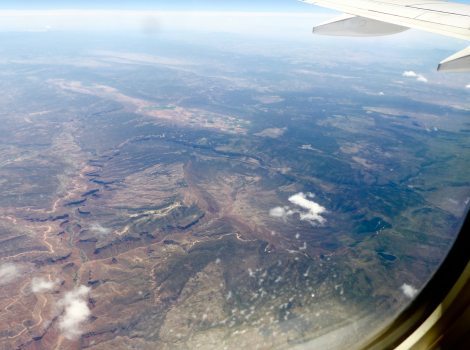 Patterns of erosion mark the terrain.

Below is a serpentine ridge road.

Then the reds of iron compounds stain rock, sand, and soil. 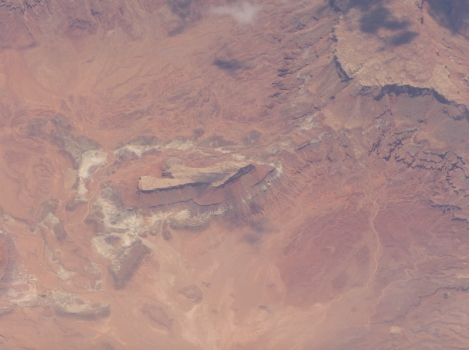 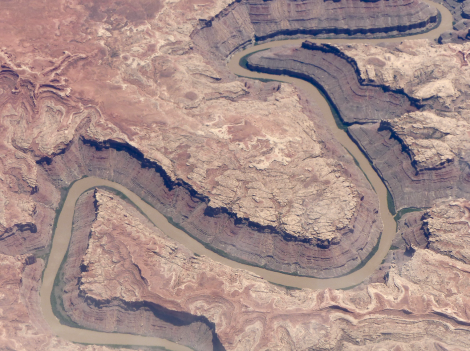 If you have not read John McPhee’s “Basin and Range”, or his other books on geology, you might want to put them on your reading list.

You could scrape up and dump the entire island of Martha’s Vineyard into one of these canyons, and no one might notice. 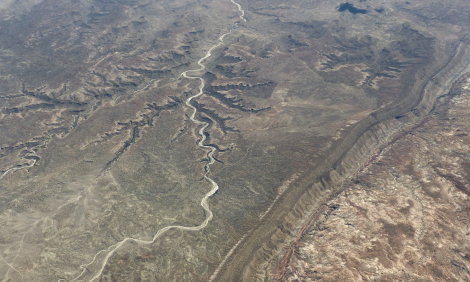 Where there are rivers in a dry land, there will be dams.

Impounded water is a feature in this desert. 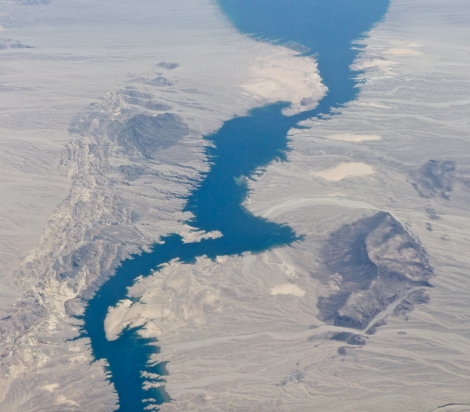 The pilot announces that we are a half hour from LA.

The desert rises to mountains and trees, to some late spring snow.

We descend over final ridges, headed for our final approach to LAX.

Rivers of houses snake into the hills. 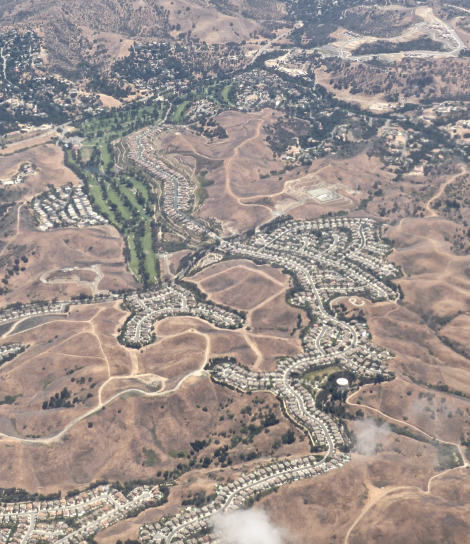 Rivers of highway snake through the hills and houses.

Roads to streets to highways and then, the superhighways of Mississipian size.

One response to “Final Stretch: Denver to L.A.”