There was surf sound in the distance.

So I thought I’d zip down to Quansoo for an hour, to see the swells and waves that were calling so enticingly.

I was not the sole soul with that notion. 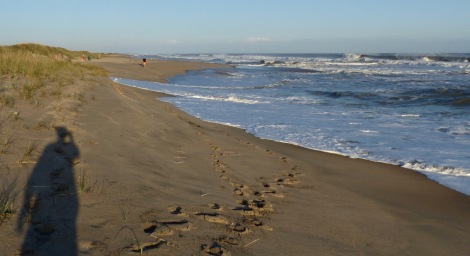 Sandpipers scattered and skittered in the swash.

In the West, the stage was being set.

How about a sunset panorama with the phone?

High to the north, a feather drifted. I’ve since found out that this was a fallstreak hole, caused by a disturbance in the supercooled water-droplet altocumulus cloud layer…something, often a plane or jet, will set off a sudden phase change, the water droplets turn to ice, and then fall and “streak”…it’s a somewhat uncommon and fascinating cloud phenomenon. Here’s a link to wikipedia’s writeup on the subject. https://en.wikipedia.org/wiki/Fallstreak_hole

Fallstreak hole cirrus ice wafts down from the altocumulus layer.

Birds gathered on the flats.

I walked slowly. They stayed put. 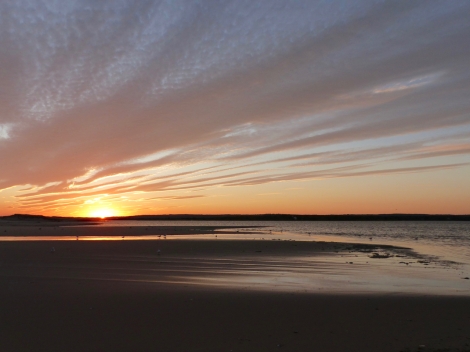 Michael Kahn (a very good photographer, by the way) was fishing.

The colors deepened and changed. 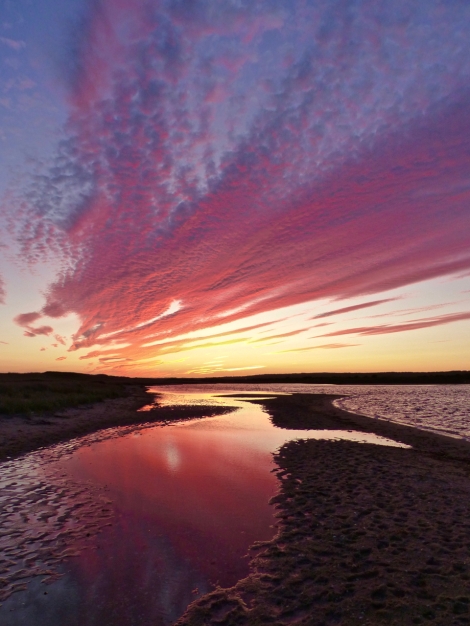 Time to start heading back.

From the dune tops I returned to the ocean side to see distant detail. 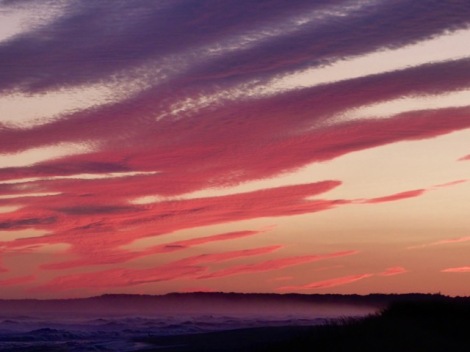 To end the trip, I took shots using Crab Creek as reflector and mirror.

My hour at the beach was one hundred and twenty eight minutes long.