The tompostpile usually prefers to stick with posts that stay away from topics that are covered at length elsewhere.

Today’s worldwide Women’s Marches have been thoroughly covered by the media.

But, here is a group of photographs from my vantage point in the middle of Boston Common, surrounded by between 150,000 and 200,000 fellow humans. It was the largest crowd I have ever been in. 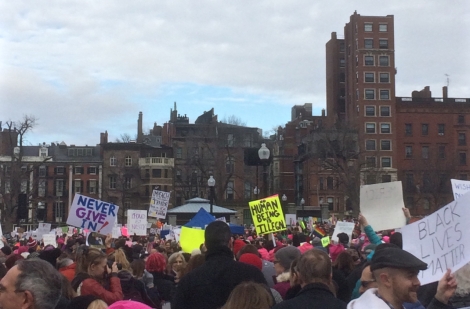 First there was one helicopter over the crowd.

Then there were two, three, four, and finally five.

Some signs were wordplay.

Underneath each PUSSY POWER letter is a person.

These folks paraded about the Common, drawing cheers as they snaked about. 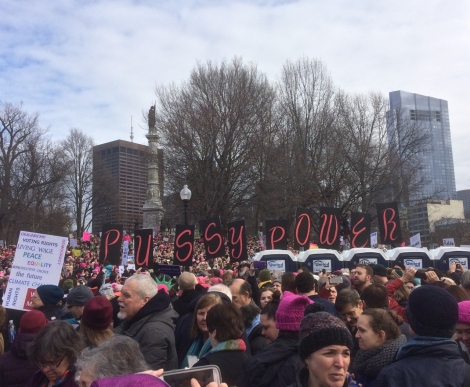 Hundreds of thousands of legs and feet were there.

The noise of the helicopters was constant.

The pink pussyhats colored the crowd. The State House dome is in the distance.

These inflatables are quite a piece of work. 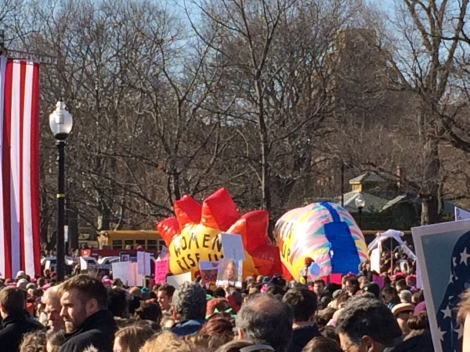 Later in the afternoon, they were sent out to travel among the crowd.

This was going around the crowd, too. 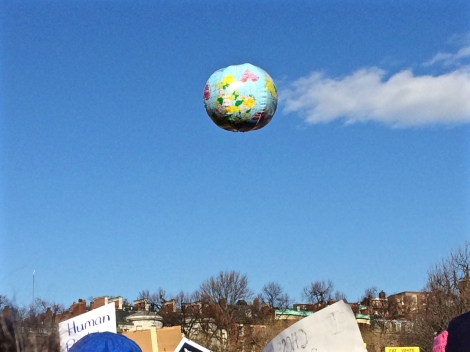