Brought to you by a long line of dinosaurs. 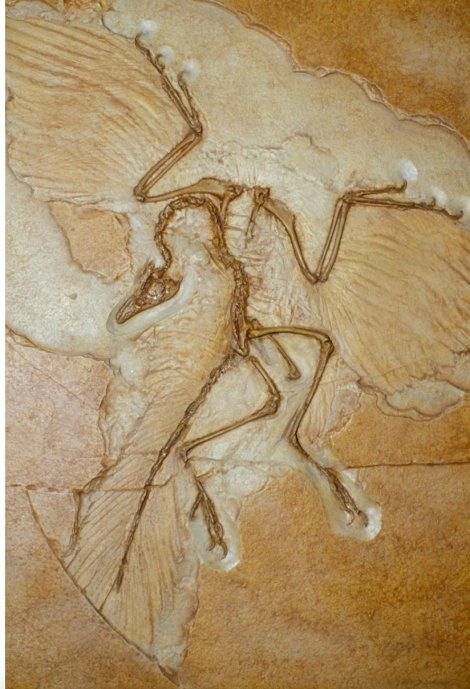 To go from archaeopterix, whose fossils were first discovered in Germany around 1860 to the zebra finch of today’s Australia is to time travel about one hundred and fifty million years. Thank you, evolution, for giving us about ten thousand species of these wonderful creatures.

Here are a few highly-evolved therapods from Costa Rica.

A is for anhinga.

An anhinga. On a cecropia. Over the Rio Guabo.

B is for buteo.

These birds are striking in silhouette.

Male and female roadside hawks. A minute previously, they were doing their part to help evolution move along.

They’re striking in full light, too. Look at that eye.

C is for cute little bird that I have no idea what is.

There are little seed-eater birds, with strong, thick beaks for cracking husks and shells.

We think this is a variable seedeater. We don’t dare go further than that. Wikipedia says “The taxonomy is highly confusing.” Some careful genetic work will clear up that problem.

An early bird, getting a worm.

The subject of nifty names brings up “Stemmadenia donnellsmithii”, which is the name of the tree whose seed pods you see below. Do you see that blue bird with the pink feet? It’s a honeycreeper, taking a rest between bites of the red insides of the seed. 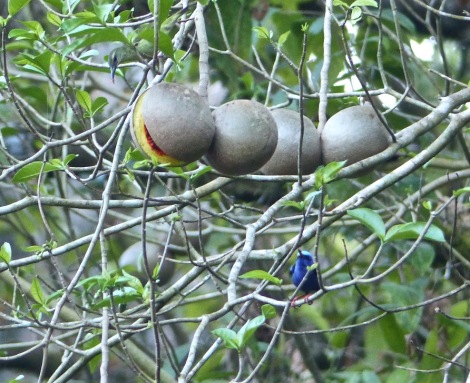 Other languages are less hesitant to use bold plant names. The French call dandelions “pissenlits”, or “piss-in-the-beds”. In spanish, the polite name of this tree is “guijarro”, or “pebble”. You may also call it “huevos de caballo”, or “horse eggs”. (You know what they mean…) Name number two is “Cojones de Chancho”, or “hognuts”.

If birds aren’t eating, they’re likely looking for the next morsel, as is this one. 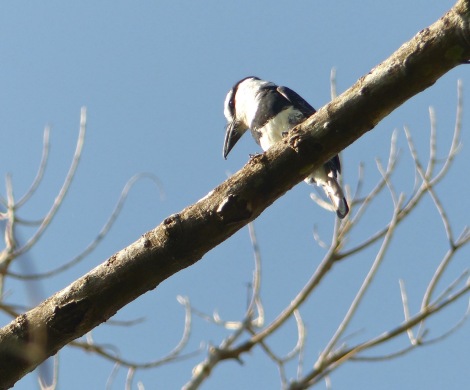 I’m not remembering this bird’s name. Admire its wonderful beak. 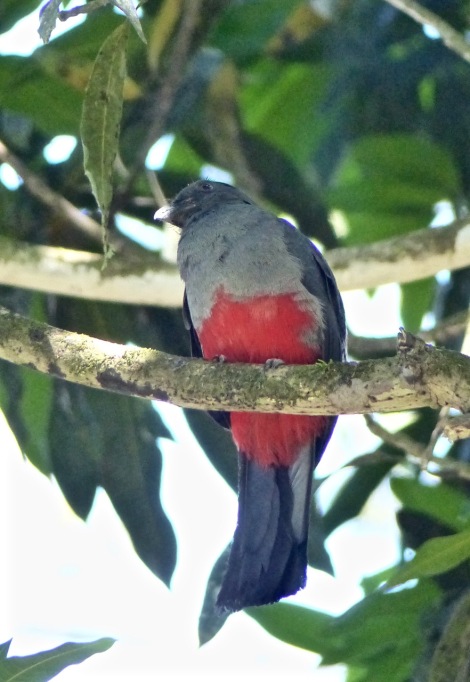 Not a bad belly, either. Slaty-tailed trogon.

The gartered, or northern violaceous trogon.

The parrot family has some colorful critters.

Seen in the Talamanca foothills: the spectacular scarlet macaw. These two are free to roam, but enjoy hanging out at a friendly farmhouse. 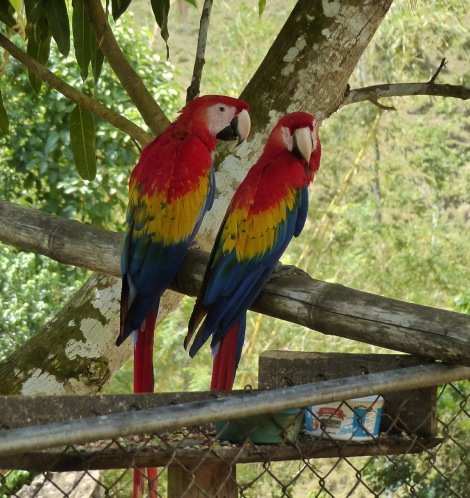 We’ve reached the end of the alphabet. 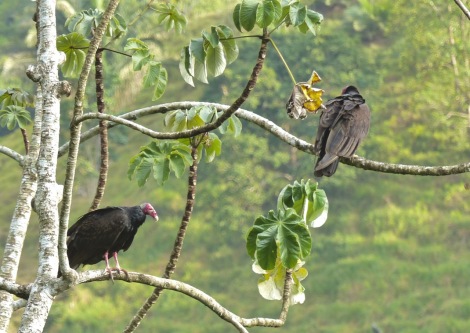 Since when does “V” for “vulture” end the alphabet?

In costa Rica, vultures are “zopilotes”.