It was a weathery sort of day, with clouds, wind, and showers. 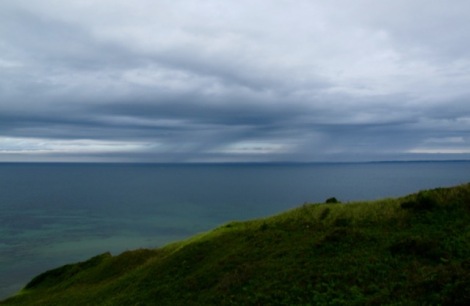 Windslanted showers, over the Elizabeth Islands. We are looking north from Aquinnah.

The day was atmospheric.

As we were leaving, we were treated to an ephemeral phenomenon.

You don’t see these very often.

In this case, there was a strong wind blowing over the top of the stratus layer.

Making waves in the sky. 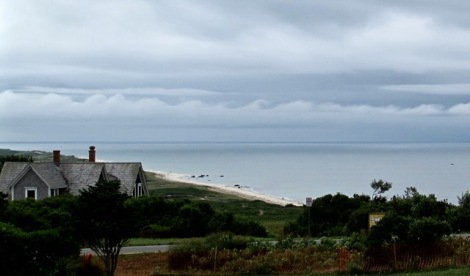 What a sight to see!

Coming out of Quansoo, we looked up, and there in the northwestern sky was another little patch of K-H waves.

3 responses to “Waves in the Sky Over Nomans”