This year they’ve been very successful.

So successful that at the Fair, in the Adult Vegetable “Peppers, green, 5”, our five green “Corno di Toro” peppers took first place. And that was a first! Green pepper competition has always been a crowded field, and there are some wicked good pepper growers on Martha’s Vineyard. Until this year, Wishetwurra Farm had never gotten a blue ribbon for peppers. Now we have. 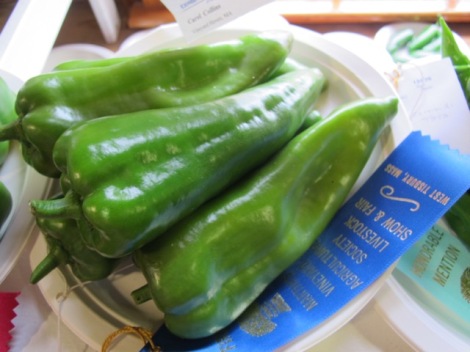 If the Fair had been just a week later, we would have had a shot at “Peppers, red, 5”, but the day entries had to go in, we were only just seeing the first tinges of red in the pepper patch. So no red pepper entry. Just the greens. Yesterday we picked a nice mess of red Corno di Toros. 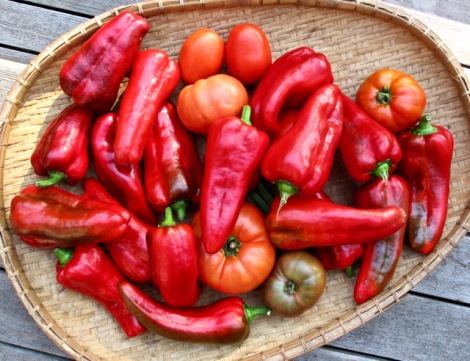 Newly picked Corno di Toro red peppers. Plus a few tomato “imposters”. We forgive them. They’re all headed for the cookpot. Thank you, Fedco Seeds. http://www.fedcoseeds.com/seeds/search?item=3757&search=corno%20di%20toro

Christine found a sauce recipe that is half tomatoes and half red peppers. In the next few days we’re going to make a batch of it, and see what the results taste like. We’re hoping for “Yum!”.

What else can you do with a red, ripe, Corno di Toro?

Cut off the stem and and stick the lens of your camera smack into it, that’s what.

Here’s what you see inside one of these peppers. 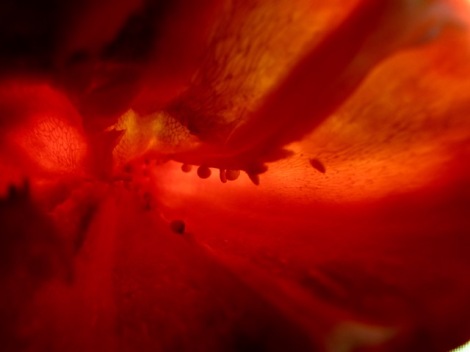 A friend, on seeing this photo, said, “It’s like the inside of a womb!”

Which is exactly what it is.

One response to “What’s inside a Corno de Toro?”