The first night’s efforts of a winter storm and cold spell left snowdust on our mudroom porch.

In that early morning snowdust were tracks.

Tracks from someone who had been up even earlier that I. 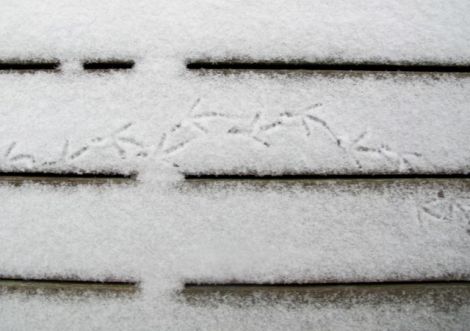 The tracks held a moment in time, as does a photograph.

There were rhythms in the marks and spaces.

In our last picture, the snow is a matrix.

Snowless cracks between boards break the picture into three parts.

A footprints haiku in the snow.

One response to “A Bird Left Poetry…”