The entrance to Menemsha Harbor, and to Menemsha Pond beyond, is through a pair of rock jetties.

Those fingers of rock are favored fishing locations.

The fickle finger of stone…and a favorite Menemsha fishing spot.

The first fish I ever caught was a large flounder, in harbor waters, but  most of my early fishing was along the fringes of Buzzard’s Bay. My father would take us out to a particular place, which he could always find by lining up landmarks on the shore.

Where did we go?

(New Yorkers and people from points south call these fish “porgies”, a name that us New Englanders consider impossibly odd. It’s a scup, not a porgy!)

At the Scup Spot, we fished with handlines, the line line of which was impregnated with pine tar. Pine tar’s distinctive aroma never fails to evoke memories of these fishing trips.

On a recent trip to Menemsha, I reached the end of the jetty just as someone pulled in a scup. It was lying on the granite, yet-unhooked, with its final, fatal meal still between its lips. 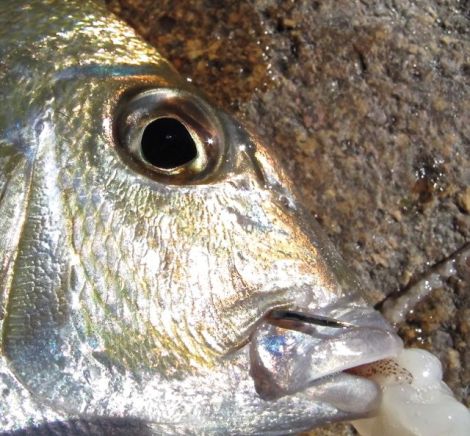 What struck me immediately was that in sixty years of familiarity with this fish, there was something about it I had never noticed before.

That the fins of the scup are tinged with blue. 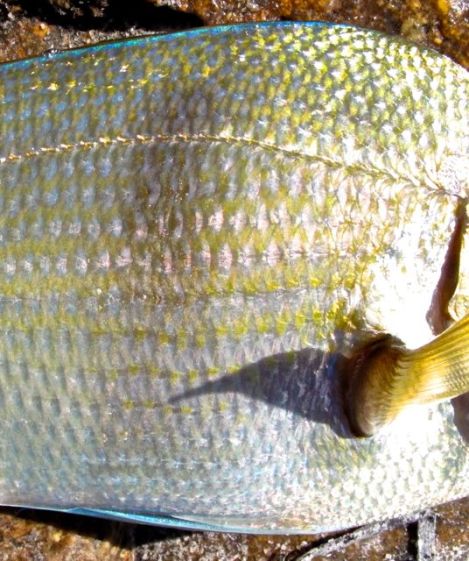 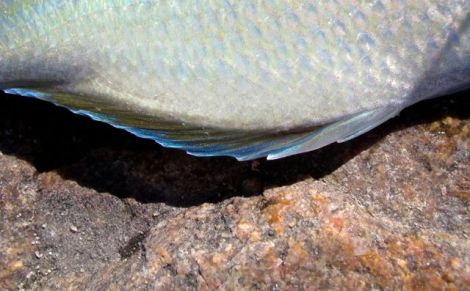 3 responses to “Porgy is not Bess. Another Sort of Menemfish”