The first time I ever saw a cardinal flower was when, as a boy, I was fishing for brook trout on the upper reaches of the Tiasquam River. I was in a  heavily shaded swamp maple wood, and had just pushed my head through a tangle of sweet pepper bushes at the edge of the brook, hoping that there would be a fish just downstream, at a place where water flow had cut a little pocket under a streamside boulder.

What I caught instead was the sight of flower of reddest red, spotlit by a solitary beam of sunlight.

You know how when you see something amazing for the first time you involuntarily have a sharp intake of breath?

That cardinal flower, that flash of red, that instant in time, brought that sharp intake of breath.

I’ve loved cardinal flowers ever since.

Late one summer, about ten or fifteen years ago, in the swampy area between West Tisbury’s Mill Pond and Parsonage Pond, I noticed a clump of cardinal flowers.

Each summer since then, in late August weeks, I look for the shocking red that signals their time of glory.

Each year since then the patch of cardinal flower has gotten bigger.

They’re spreading, too. The old-timers say they’ve never before seen so many. 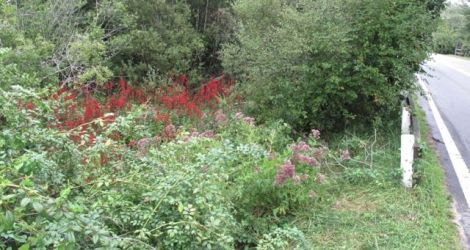 What the original patch looks like, as of yesterday afternoon. (August 27th, 2013)

There’s almost always some joe pye weed in front of the cardinal flowers.

Joe Pye prefers the slightly dryer ground of the ground that rises up at road edge. 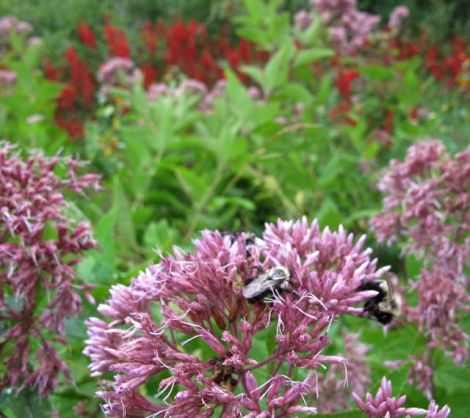 The morning had brought over an inch of rain. The bumblebees were bedraggled, but happily feeding on joe pye weed nectar.

Over at Parsonage Pond, there was more joe pye weed, and more happy bumblebees. 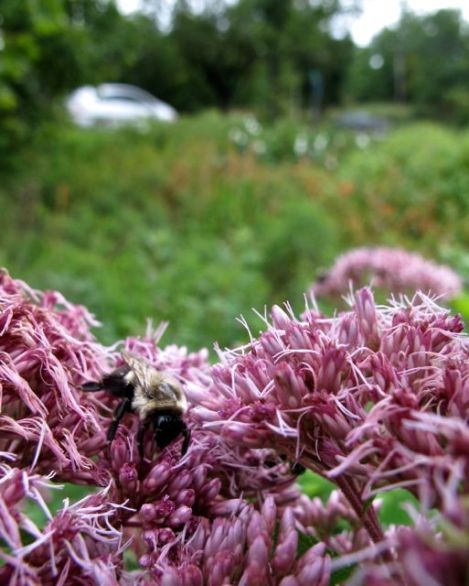 Bumblebee does not know are care about all the cars passing by.

Extend your focus from the near to farther out, and see the cardinal flowers. 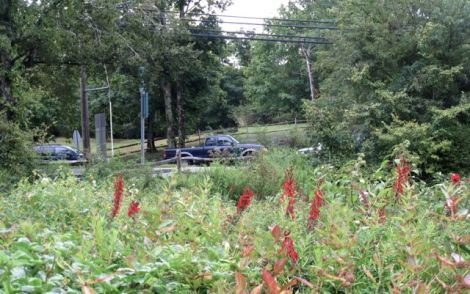 Turn around, and there are more, growing around the pond.

Not just cardinal flowers…mallow/hibiscus flowers have established themselves around the inlet to this pond. 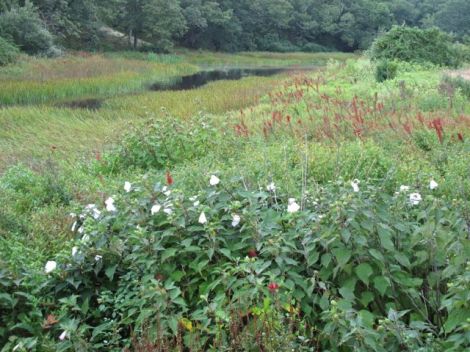 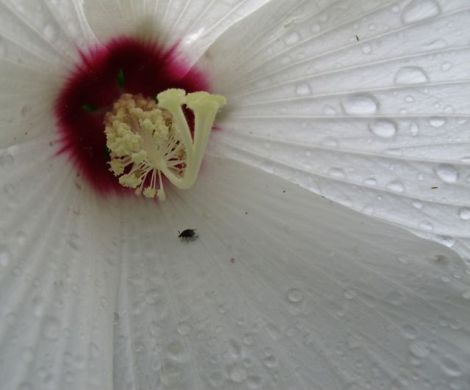 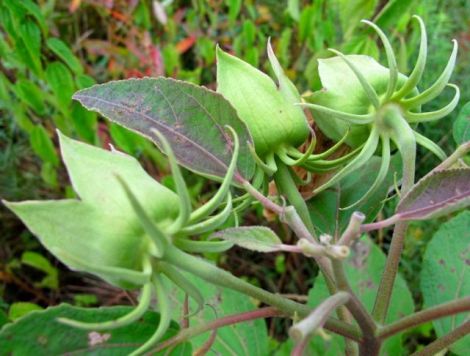 Nearby, the crimson of cardinal flower elbows its way through mallow leaves and stems. 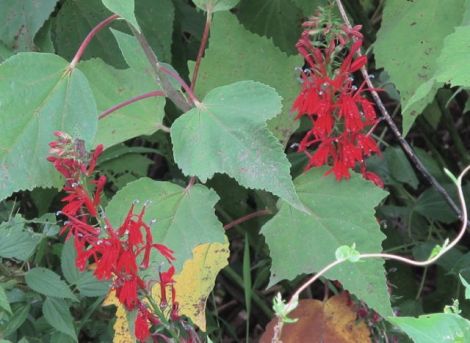 The bursts of color are as good as any fireworks. 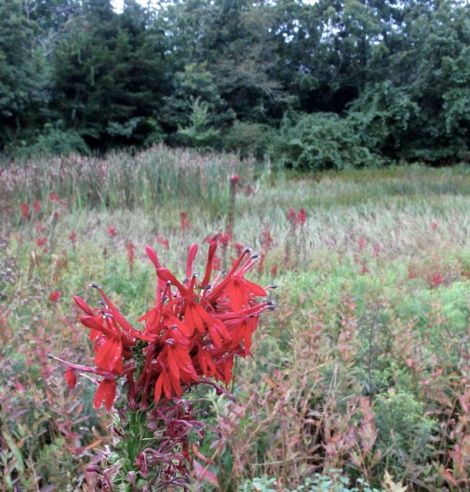 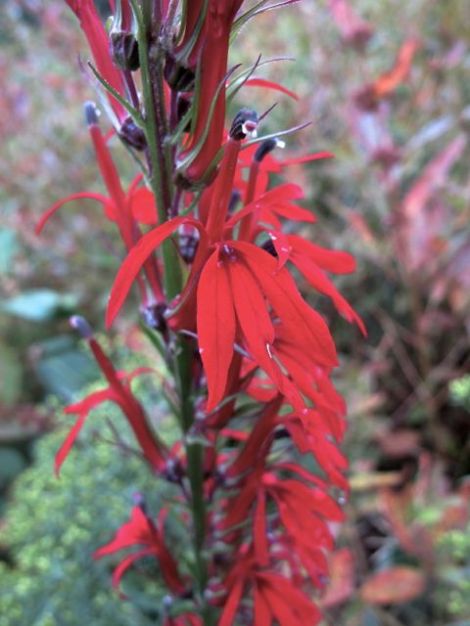 What I did not know until today is that cardinal flower does not have an insect pollinator.

The pollinator of the cardinal flower is a bird. 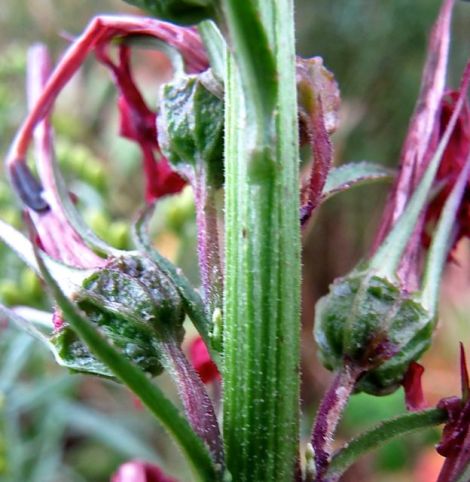 No insect pollinated this flower, no insect is responsible for these devoloping seedpods.

Who is this bird?
The ruby-throated hummingbird.