It is said that one of the special things about the spring equinox is that on that day you can balance an egg on its end.

Get an egg vertically aligned with the surface of the earth, at the instant our earth’s axis is perfectly at ninety degrees with respect to our Sun, and wonderful things can happen.

The wife and I stopped to visit a dear friend recently. We love our visits with her. We never leave without having talked our way into and out of fascinating subjects, and we always learn about something interesting to read, to do, or to think about. We always learn something fascinating or amazing.

One of the things we learned on our last visit is that our friend is an equinoctial egg-balancer.

Balanced on end, the Egg of the East.

Our friend learned of this ritual from an Urban Shaman named Donna Henes, who lives and works in Brooklyn, New York. 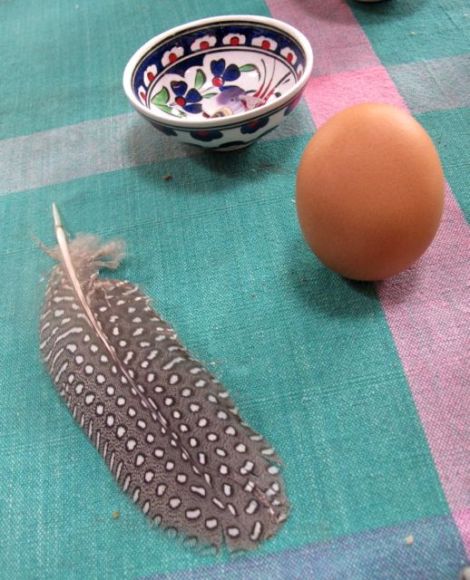 The Egg of the South.

An “Urban Shaman”. Who knew?  Not me. So I followed Donna’s “trail” on the internet. One search yielded this URL:

A subsequent search took me to Donna’s web page, where in her post about standing eggs was a request for photos of pictures of reader’s “egg standings”. I sent her a few of my images from our friend’s house, and was surprised and pleased to get an email of thanks from Donna, just a few hours later. She liked the pictures well enough to repost one of them on her site, with credit to the photographer. Her note read:  “Dear Thomas, Thanks for these. They are wonderful! Sending you blessings of balance. Have an EGGSceptional spring. xxMama Donna”.

Some manifestions of balance might include Yang and Yin, the fulcrum, equilibrium, the see-saw, and the state of holding two opposing thoughts in your mind and not having your head explode. There’s got to be a word for that.

Donna commented further, in a later email exchange, on the importance of these ceremonies.

“For me, the important thing is not whether the eggs can only stand at the equinox, but for people to gather on a “Celestially Auspicious Occasion” to participate in a cosmic event.

Especially for urban folks to connect with the greater universe and experience that wonder and awe of All That Is.
And the eggs can definitely stand on a smooth surface. Over the past 38 years I have stood them on mirrors, on glass, on marble, etc, and have pictures from folks all over the world who did the same. It just takes more concentration.”
So many people have weak connection with the Universe, and with our planet. We are all of us made from stardust, our body’s very atoms literally come from billions of years of celestial activity. What an utter miracle that we have consciousness.

The Egg of the North, from above.

I’m am not always sure how to approach these new “Magical” times in which we live. I grew up in a time when Science and Experiment were held in highest regard, as ways to arrive at knowledge and truth. Remembering the stories of Copernicus, Galileo, or Marie Curie, makes me have serious respect for people who have dedicated themselves to the search for “what” and “why”, and who have courageously faced of the ignorance and of the powers that opposed them. Sometimes ignorance and power won, and sometimes as a consequence, truthseekers and scientists died.

We now turn to Dr. Wayne Osborn (PhD. Yale, 1971), a now-retired observational astronomer who worked much of his career at Central Michigan University.  Osborn’s research interests included photometric studies of variable stars in globular clusters.  He seems to value the past, as he is involved in efforts to preserve glass astronomical plates.He has written extensively.

Glass astronomical plates go back to the nineteenth century. They gave us a previously unseen view of the universe. Comparing plates separated by geography or by time can yield amazing discoveries. The first daguerrotype of the moon, a twenty minute exposure, was taken in 1840. But I digress. For a thumbnail summary of astronomical photography, go to:

Dr Osborn has also written “egg”-stensively, for I found an experimental report of his 1999 experiment on egg-standing. This work, in the tradition of the best scientific writing, is clear, brief, concise, and to the point. I contacted him, to get permission to cite his work. He too, replied promptly and courteously to an unsolicited email.

His summary paragraph about his eggsperiment reads as follows:

“It was fairly easy to stand an egg upright on the woven place mat. It was much more difficult on the smooth surfaces of the counter, wood table, desk and floor. It was soon found that the egg could be balanced on end only in special locations on the smooth surfaces. Looking at light reflecting off these surfaces showed that the special positions had minute bumps or dents. I have concluded that an egg can be balanced at any time of the year but requires a minute amount of “support.” This support can be provided by small irregularities in the surface or in the shell of egg. The observations are presented in the table that follows.”

The entire report may be found at:

The Egg of the North.

So how do I approach the New Magick, the New Age, and what some would dismissively call the “New Woo-Woo”?

With serious , but not dismissive skepticism.

The Egg of the West, as seen from above.

Events unique, events induplicable, slither away from a rational mind that wants to be able to repeat a circumstance or phenomenon of interest, in order to confirm hypotheses.  A keystone in the search for truth is that results should be accessible, repeatable, and verifiable. If  you cannot confirm something independently of the person who had the original idea, or made the original discovery, how can you be sure it is true?

The Egg of the West seen from the East.

Yet life, our experience here in this universe, in this awareness, gives the questioning mind problems that do not readily succumb to scientific inquiry. There are still mysteries remaining.

Mysteries by the milliard and more. 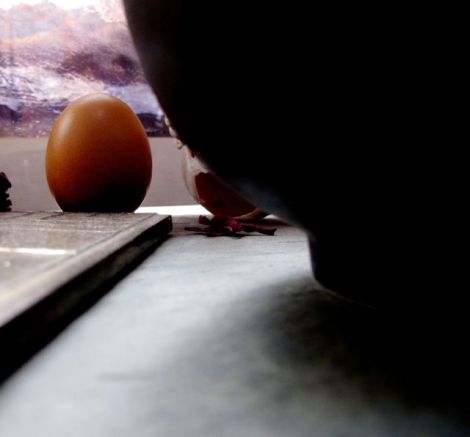 The Egg of the West.

Here are four classic mysteries for you, from amongst those milliards.

Where did I come from?

Why am I here?

Where am I going?”