Here are six images that I like, but ones that have not managed to pal up with others in any coherent way.

So enjoy the half dozen of incoherent olio, OK? 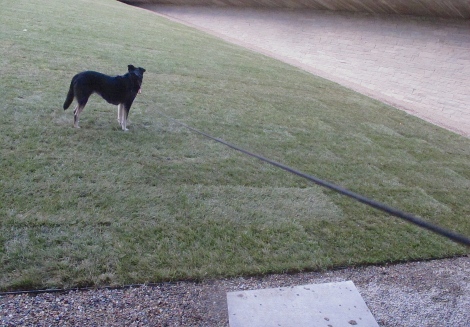 Jackson the Dog at a house down the road. Jackson is a “gentleman” of a dog, who adopted his human caretakers. He came out of the underbrush one day, underfed and malnourished, asking to be taken in. His prospective owners gave him two tests: would he allow himself to be touched all over, and would he tolerate a piece of food being given to him, and then taken back? He allowed, and even though he hates traveling in automobiles, has lived happily ever after. 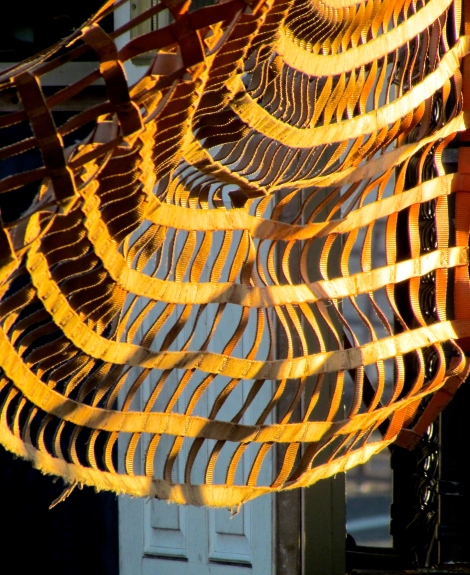 In strong afternoon light of a clear day in December, the strong West wind plays with the safety net at the boat/vehicle transfer bridge at the Woods Hole Ferry Terminal. 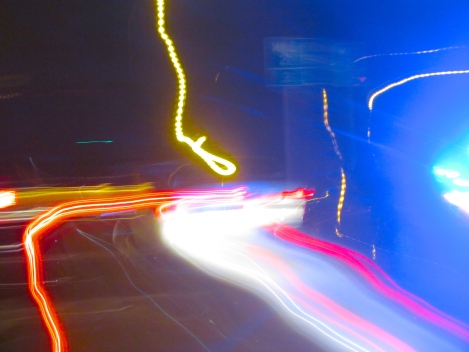 Entering the Zipper Lane.
We were coming home from Boston on the Freeway one dark rush hour night, and took a right turn onto the “zipper lane”, hoping to escape the city a little sooner. There’s always a State Cop stationed at the split. Here’s what the camera saw. 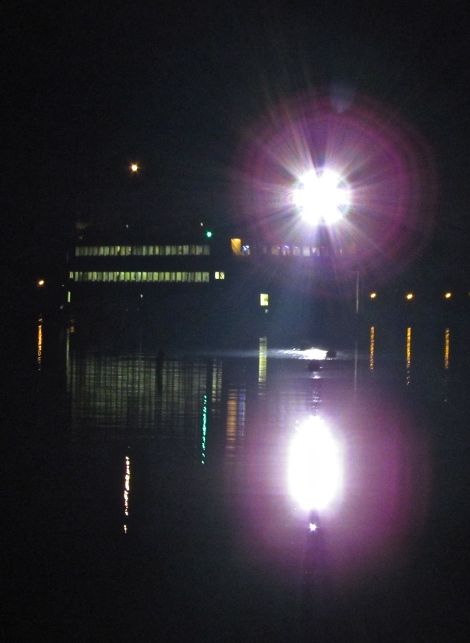 We’re still in transport photo mode. At night, as our ferries enter and leave port, they pick their way into and out of the harbors with the aid of a powerful searchlight. Most buoys and navigational aids have areas of reflective “scotchlite” type material, which makes them stand out light highway signs in headlights. Here is the “Island Home” ferry, on its final approach to the dock in Vineyard Haven. 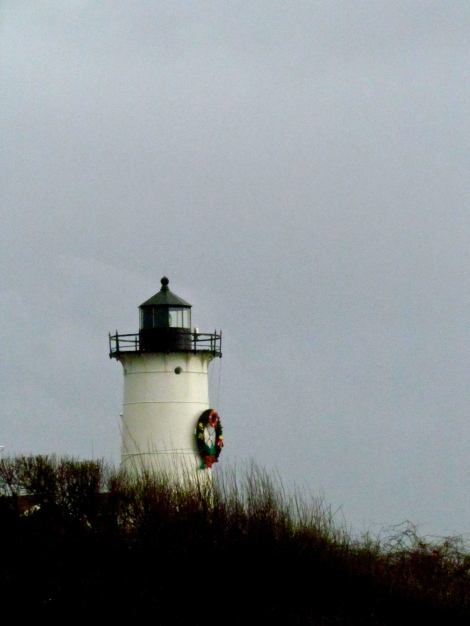 A beacon of a stationary sort. This is the Nobska Lighthouse, which overlooks Vineyard Sound. Decked out in its Christmas wreath. 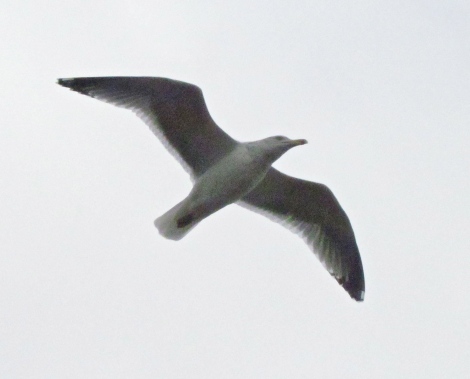 An in the air, from Nobska Light, flying over Vineyard Sound, a gull. The seagull picture is a standard photographic cliché, but if you take a moment to consider this bird, why shouldn’t it be? Millions of years went into creating this gorgeous aerodynamic form. The dinosaurs were no fools when they kept at that feather thing and went into the bird business. I don’t know if this beautiful creature is a gull or a buoy.