Last night, the wife and I went to dinner at Sara and Ben’s “Red Cat”. We took them a big green box of vegetables and herbs from the garden. On top of the garden olio, there were some X-rated carrots, “steaming” in a bed of kale. The tableau was an appropriate gift for Ben and Sara, as the two are newlyweds.

May they live long and prosper. 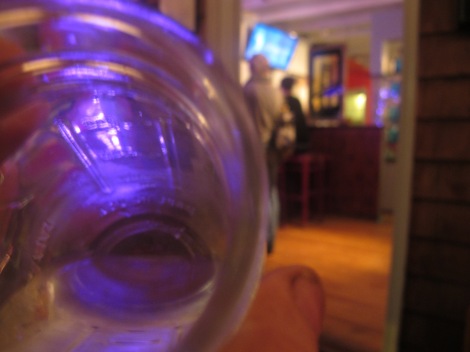 At “Ken and Beck’s”, now actually the Red Cat, in Oak Bluffs. The name “Ken and Beck’s” has nothing to do with actual humans. It’s a pun. The location is on Kennebec Avenue, and the actual owners of the the place thought it sounded like “Ken and Becks”. Hence the name.

Ben’s cooking is finest kind. Years ago, when he had started cooking at his “first” Red Cat, in North Tisbury, I went for a meal out of curiosity, to see what this kid who I’d known since he was in diapers was up to. I ordered a pork chop. That thick pork chop came out parked on some insanely delicious mashed potatoes, and on top was a pile of some weird shriveled orange thingies, that turned out to be super-thin, deep fried yam slices, at potato chip crispness.

That meal was revelatory. I realized that food could be an Art Form.

After our meal, we took a postprandial stroll through foggy, quiet Oak Bluffs. 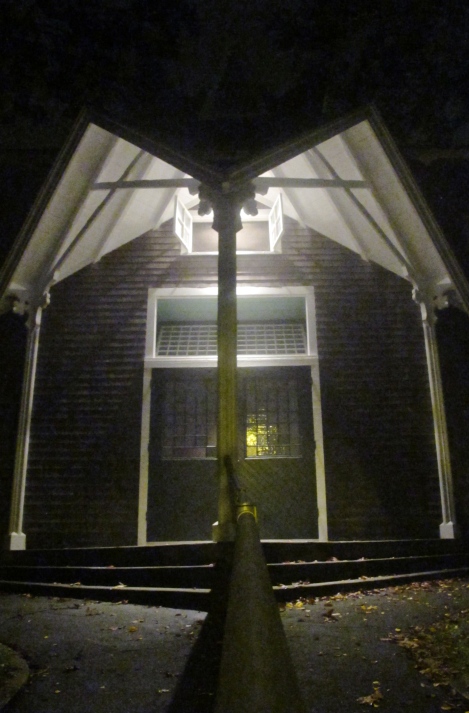 Limned by dark and fog, one of the symmetrical entry doors to Union Chapel.

Oak Bluffs by day is nifty.

Oak Bluffs by foggy night is magickal and mysterious. 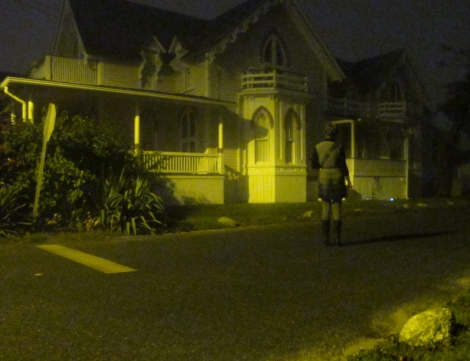 Walker and gingerbread, in fog, by streetlight. Not many people say “streetlamp” any more. 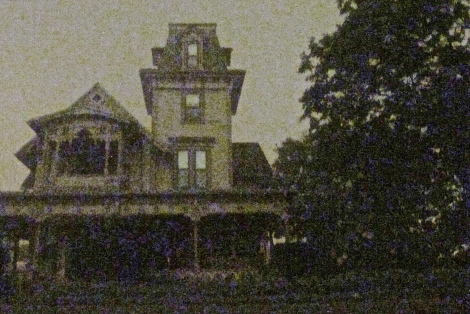 People just don’t add enough towers to their houses nowadays. One reason for this dearth is “modern” zoning laws, with their unimaginative height restrictions.

Here is a revisitation of a previously posted photographic subject. 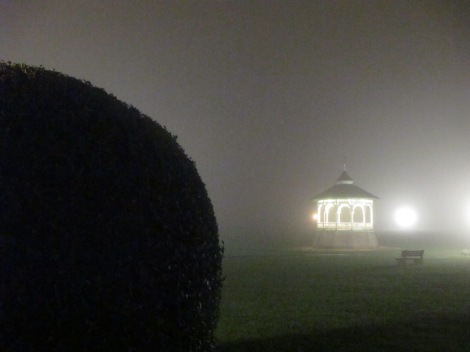 In fog and streetlight, the park, the bandstand, the bench and the bush.