People are complaining. The plants are growing too fast. A friend of mine cut her grass before she went away for the weekend, and when she came home, she had to mow again. Another friend’s mower almost choked out on four days of grass growth. No dowtabowtit, the plants are growing fast. I’ve had to hill my potatoes three times in the last few weeks. The tomatoes are emerging from the tops of their cages, and the corn is going to be knee high by the 4th of June. Asparagus spears seem to be ready in 24 to 36 hours, but I’ve not checked this with a clock.

The shallots are bulbing up. In the kitchen, we’re still using last year’s shallots. They store really well.

Alliums look so little for so long, and then all of a sudden get big.

The pea planting that had no blooms open one morning had scores of blossoms open that evening. 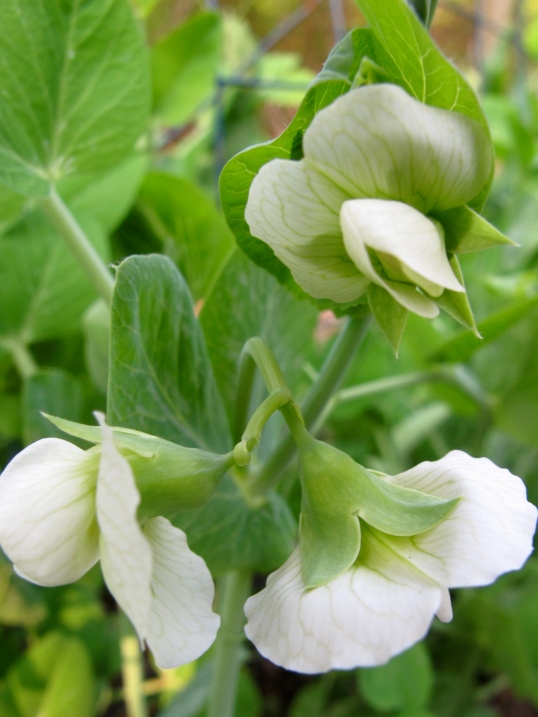 The first pea planting just got its first pea picking. So sweet, those first peas. A three year old grandson spent a half an hour with me, picking and eating peas. The little brother can’t eat peas yet.

The garlic has started scaping. Soon we’ll behead these garden aristocrats. For them there’s no scape.

Snails are pretty, but they ruin a lot of leaves. We didn’t have them once, once upon a time. Once upon a time you hardly ever saw a squirrel, now they’re everywhere. And now the chipmunks have started moving in. They’re cute, but once they find your tomatoes, you’ve got serious competition. 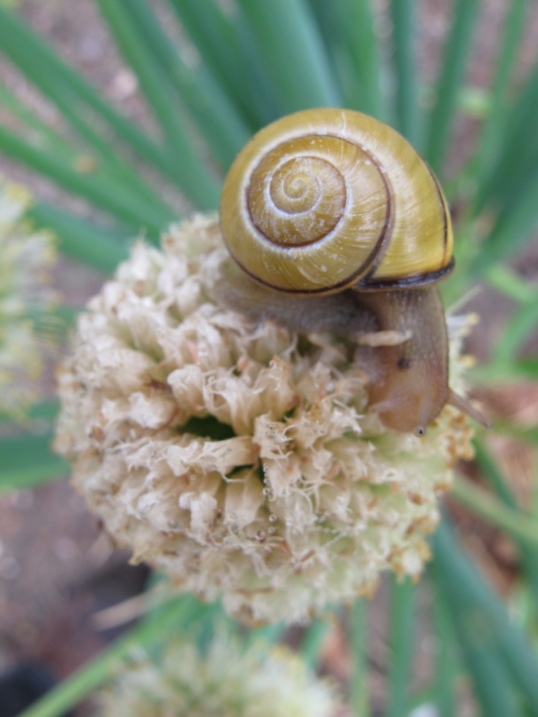 Spreen has sprung. Spreen is a salad green that we got seed for from Johnny’s Seeds in Maine. It looks amaranthy, like lamb’s quarters. I have a feeling that if allowed to seed, this plant would become a permanent Wishetwurra Farm resident, as corn salad (mache) and claytonia have established themselves in the garden. Better to have “good” weeds, that you enjoy eating, no? 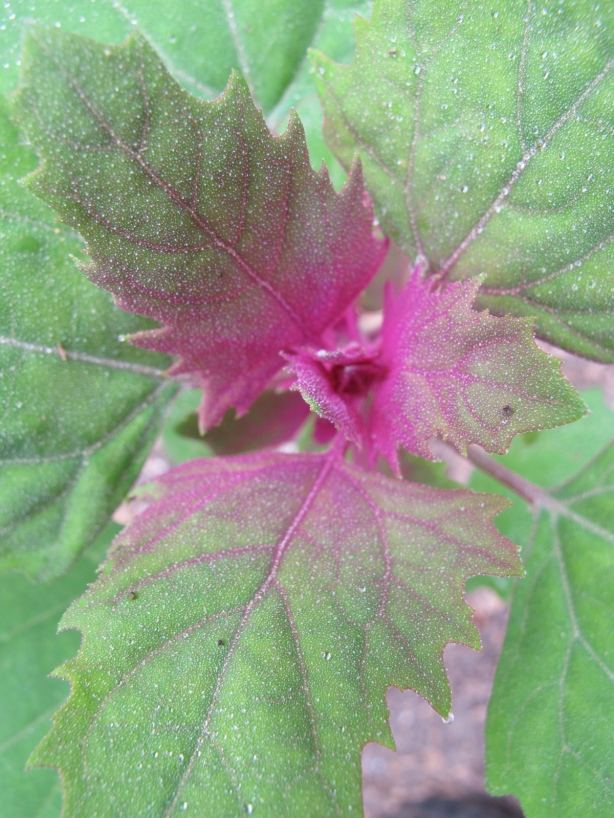 Lettuce looks luscious. Slugs like lettuce, too. So do earwigs. Grandson calls them “Pincherbugs”.

Fruits are forming. Tomatoes are so hairy. And so stinky. How’d they choose that particular odor?

Blueberries are beginning to bulk up. They’ll bulk up a second time, as they turn color and ripen. Do birds salivate? If they do, the catbirds are drooling in anticipation. So is my wife.

Elderberry blooms enlarge. I don’t know what we’re going to do about this elderberry bush. At three years, you can’t encircle the stem (trunk) with your hands anymore. It’s sixteen feet high and sixteen feet wide. Are we going to have to treat it like a zinfandel grape and cut it back to two feet each fall? It’s overtopping the rhubarb patch. At the rate it’s growing, if we want to move it, we’ll need a backhoe to pull it out. 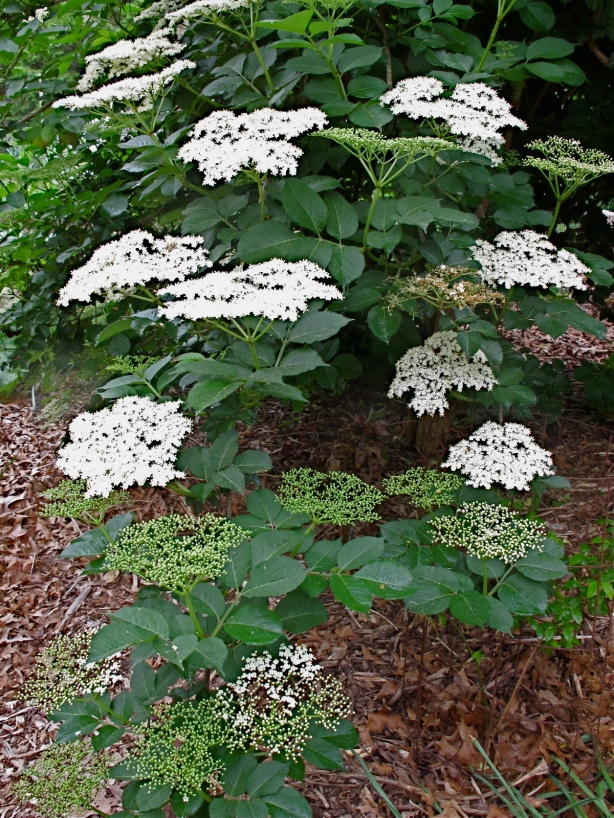 And in the bramble patch, the first raspberries are taking shape. We may have to build a cage for these guys. To keep the grandson from eating them all. He knows a good thing. 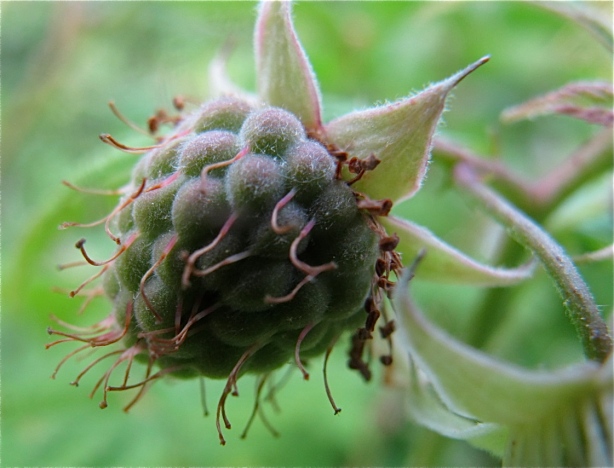 You never know where writing will take you. Or reading. Did you ever think you’d be reading about “an etaerio of druplets”? “Etaerio turns out to be related to the word “hteaera”. The hetaerae (or hetaeras) were classy Greek courtesans. The geishas of the Hellenic kingdoms. Such a cool word. The new word has inspired a haiku. You’re lucky it wasn’t a limerick.

Meet the greek geisha.
No obi on me, baby.
I’m a hetaera!

3 responses to “A Dozen Up Close in the Garden, with An Etaerio of Drupelets.”